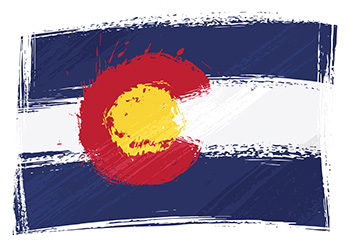 COLORADO: Good Ideas From Government’s Front Lines. It is no surprise that front-line employees often have the best ideas for making an organization work better, faster and cheaper. And when a process falls short, they see it firsthand. Led by Chief Performance Officer David Edinger, Denver’s Peak Academy is one of the country’s most successful efforts to turn the insights of municipal workers into meaningful results. Read more
[GOVERNING.COM]

MASSACHUSETTS: Without Pacheco Law, Can We Trust The MBTA To Undertake Privatization? The “Pacheco Law” has been cited as an obstacle to the goal of a more efficient, less costly mass transit system for Boston. As the state official charged with ensuring that plans for having private companies run certain government operations meet the requirements of that law, I find such statements baffling. If government is to act more like a business, as some believe it should, then long-range planning, effective allocation of assets, and a focus on outcomes should be among management’s priorities. Read more
[BOSTONGLOBE.COM]

VIRGINIA: State Shows Commitment to Improving State IT by Extending Data Internship Program. The Commonwealth showed its ongoing dedication to bolstering state IT by continuing its data internship initiative into the 2015-16 school year. Gov. Terry McAuliffe established the program last year to enhance government efficiency, and the first year proved to be so effective that the state will recruit another batch of graduate interns to help implement IT best practices. Read more
[STATETECHMAGAZINE.COM]

CALIFORNIA: Facial Recognition Software Moves From Overseas Wars to Local Police. Facial recognition software, which American military and intelligence agencies used for years in Iraq and Afghanistan to identify potential terrorists, is being eagerly adopted by dozens of police departments around the country to pursue drug dealers, prostitutes and other conventional criminal suspects. But because it is being used with few guidelines and with little oversight or public disclosure, it is raising questions of privacy and concerns about potential misuse. Read more
[NYTIMES.COM]

RESPONSIVE APPLICATIONS: Learning SynchronizationContext, Async, And Await. Asynchronous programming is a form of parallel programming that enables you to execute tasks separate from the main application thread and then notifies the thread when its execution is over. Asynchrony helps you to execute tasks sans the need of holding up the execution flow or responsiveness of your application. Read more
[NEXTGOV.COM]

WEB PROJECTS: ng-admin Can Add an AngularJS Admin Interface to Any RESTful API. Since almost every client wants a backend for their applications, an admin panel from where they can view and control their data, developers need to either craft one on their own or deploy an open-source or commercial solution written for that peculiar programming language. Read more
[SOFTPEDIA.COM]

SLIDESHOW: 5 Legacy Technologies Still In High Demand Today. f it ain’t broke, don’t fix it, as the saying goes. While technology continues to evolve and new languages and technologies like Ruby, Hadoop and cloud containers dominate headlines, proven legacy solutions continue to work quietly behind the scenes, powering much of the digital world. Here are five legacy technologies and skills we still rely on in 2015. Read more
[CIO.COM]

APP DEVELOPMENT: Building The Next WhatsApp? An Idea And Two People Is All You Need. Foofys said it takes at least five people to work on an app full time — the user interface/user experience person, an Android developer, a tester, a coder (who works on Ruby on Rails, Java and related technologies) and a project manager (in case of services firms). There is no step-by-step approach or a hand-over phenomenon. Read more
[ECONOMICTIMES.COM]