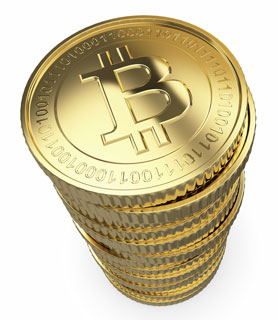 2014 was a year of ups and downs for Bitcoin-related news, and things have already run off into a ditch at the start of 2015.

Bitcoin is an open-source, peer-to-peer electronic payment system developed in 2009. It is totally owned by its users and, unlike traditional banks and credit card systems, there is no “middle man” or central clearing system at the helm. Deemed the currency of the Internet, Bitcoin is distributed worldwide, and it promises to avoid massive inflation, allowing users to be their own banks.

According to online sources, this week brings positive and negative press surrounding Bitcoin.

BitPay has announced the recent upgrade of its Bitcore API, from version 0.1 to 0.8. The open source Node.js library allows developers to create cryptocurrency software such as Bitcoin. The new version features in-browser support for payment protocols, new transaction and JSON-RPC-support classes, and block parsing.

For more information regarding the Bitcore API update, read this Programmable Web article.

AND THE BAD NEWS:

Located in the UK, Bitocoin’s third largest exchange, Bitstamp, has temporarily suspended its services due to a security breach, amounting in a 19,000-coin-loss (approximately $5.2 million US dollars). Law enforcement officials are investigating the matter.

In the meantime, Bitstamp released this statement to its users, offering reassurance that their funds are secure and will be covered:

This breach represents a small fraction of Bitstamp’s total Bitcoin reserves, the overwhelming majority of which are held in secure offline cold storage systems. We would like to reassure all Bitstamp customers that their balances held prior to our temporary suspension of services will not be affected and will be honored in full.

We appreciate customers’ patience during this disruption of services. We are working to transfer a secure backup of the Bitstamp site onto a new safe environment and will be bringing this online in the coming days.

Customers can stay informed via updates on our website, on Twitter (@Bitstamp) and through Bitstamp customer support at support@bitstamp.net.