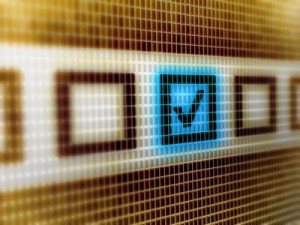 Most of us have a love/hate relationship with CAPTCHAS, those pesky computer tests designed to differentiate humans from automated programs. Maintaining a level of security is fine, but must we prove on a daily basis that we are part of the human race?

In Google’s eyes, CAPTCHAS are passive/aggressive. Rather than asking one to complete a response test to prove humanity, Google will soon get right to the point and ask one to verify, “I’m not a robot.”

CAPTCHAs are often used to stop bots and other automated programs from using blogs to affect search engine rankings, signing up for email accounts to send out spam or take part in online polls. For years, they were thought to circumvent automated programs and provide tests that only humans could complete. Apparently, spammers and hackers are getting even savvier, and that is no longer the case.

According to a recent USA Today article, testing by researchers at Google found that with advances in artificial intelligence programs, it’s now possible for a computer to read even the most complex, distorted text with an accuracy of 99.8%, said Vinay Shet, Product Manager for Google’s new reCAPTCHA project.

As a result Google began working on an advanced risk analysis engine 18 months ago that could figure out just who–or what–was behind an attempt to get through a CAPTCHA screen. The researchers looked at a host of cues. They included what website the person had come from, where his/her mouse went on the screen, how long it moved, how steady it was and other cues that Google will not divulge.

In just a few seconds the program could make a good guess about whether “a human or a ‘bot” was making the attempt, said Shet. Which meant no more trying to read half-melted text just to get to what you wanted to see.

The new system doesn’t work for all attempts, but for “a significant fraction of users” it means they’ll just have to click the ‘I’m not a robot’ box and be on their merry way.

Google, which bought CAPTCHA in 2009, has now deployed the new technology on several websites, including Snapchat, WordPress and Humble Bundle. The technology is free and Google is making it available to anyone who’d like to use it.