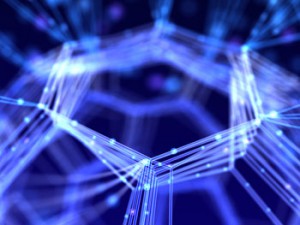 Visiting your primary care physician and submitting to laboratory tests can be very overwhelming. Waiting days or weeks to hear results that may change your life forever causes undue stress that one would rather do without. Imagine taking a pill that could alleviate this anxiety by reading the matter in your bloodstream through your wearable device. Would you try it?

Many online sources report that Google has ventured into the healthcare industry, specifically in the area of nanoparticles and wearable technology. The company that brought us Google Glass is now working on microscopic particles that, when injected into a patient’s bloodstream, could detect cancer and other medical conditions. A Government Health IT blog post refers to the venture as a “Fantastic Voyage,” similar to the 1966 movie in which a team of scientists and their submarine are shrunk down to microscopic size and injected into a patient’s blood stream to save his life.

As described by Andrew Conrad, who helms the Life Sciences Division of the Google X Research Lab, the particles – less than one billionth of a meter, or one-thousandth the size of a red blood cell – would be steered toward certain parts of the body through magnetic wearable devices. Those devices would be able to track the particles and gather data for healthcare providers. When their job is completed, the nanoparticles would then be expelled from the body through urine.

According to Conrad, Google will form partnerships to license the “Nanoparticle Platform” technology to others, making it commercially available. Google, however, will not have any control over the information collected. Data capturing and the relationship with the healthcare providers would be left up to the partners.

Conrad reports that this technology is still five years away from full development. However, when complete, it may replace the standard blood test used to detect cancer, plaque, sodium levels, and other items in the blood stream.

For more information regarding the Nanoparticle Platform technology, read the full Government Health IT blog post.