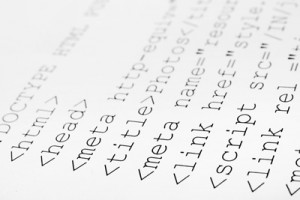 Getting 97 million folks to participate in any exercise is quite a feat. At first glance, programming seems to require a special talent that only techies possess. However, Code.org has proven that anyone can code and can do so in about an hour.

As part of Computer Science Week in late December, schools across the nation took part the “Hour of Code” program, an initiative led by Code.org, a public non-profit organization dedicated to expanding participation in computer science by making it available in more schools. Microsoft, Apple, Amazon, Boys and Girls Clubs of America and the College Board are amongst the list of partners.

By providing a one-hour introduction to computer science, the Hour of Code program is designed to demystify code and show that anybody can learn the basics needed to write their own programs. Featured on CBS This Morning, Hour of Code has won the support of both major political parties and many celebrities. President Obama endorses the program, and he has test-driven the program himself.

According to Code.org’s website, the following statistics are noteworthy:

Computer Science Week has come and gone. However, the Hour of Code movement marches on at 97 million strong. For more information about the program, see Code.org’s website. Also consult the How to Help page for suggestions on how to spread the word.

“Hour Of Code” Proves Anyone Can Learn to Program
Tagged on: Blue Mountain Data Systems    Code.org    computer programming jobs are growing by twice the national average    how does the Hour of Code program    job prospects for coders    Paul Vesely    what is the Hour of Code program    where can I find a one-hour introduction to computer science    why doesn't computer science count towards high school graduation math or science requirements    why is it important for students to learn how to code