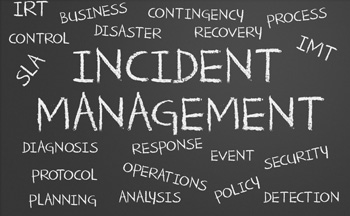 ATTACKS/BREACHES: Cyber Hunters, Incident Response & The Changing Nature Of Network Defense. Or how network defense needs to evolve from a game of “stumbled upon” to “search and discover.” Read more
[DARKREADING.COM]

CLOUD: 4 Fundamentals of an Effective Cloud Access Security Broker. The federal government’s efforts to eliminate legacy systems and modernize federal IT seems to be paying off. According to a recent Government Accountability Office report, $2.8 billion has already been saved by closing 3,125 data centers since 2011, and that’s just the data reported from 19 out of 24 agencies that participated in the Federal Data Center Consolidation Initiative. The same report also suggests another 2,078 closings will result in an additional $5.4 billion in savings by the end of fiscal 2019. Find out more
[NEXTGOV.COM]

NEW DRAFT: Cyber Response Plan Nearly Ready for Release. The Department of Homeland Security is nearly ready to release a draft of the National Cyber Incident Response Plan that has been anticipated and debated for months. The latest version, which was shared with stakeholders for final comment, moves the NCIRP from the interim draft status under which it’s languished since 2009 and inches it closer to a final plan. Find out more
[FCW.COM]

NSA: Another NSA Breach Hits Booz Allen. Will Anything Change? Booz Allen Hamilton Holding Corp. is once again at the center of a major U.S. intelligence breach. And for the second time in three years, the company known in Washington for its classified contracts and influential alumni will probably face criticism but suffer few consequences. Read the rest
[BLOOMBERG.COM]