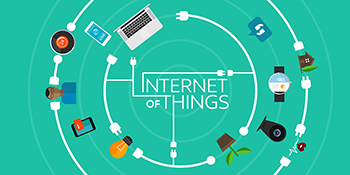 IoT: What is the IoT? Everything You Need to Know About the Internet of Things Right Now. The Internet of Things, or IoT, refers to billions of physical devices around the world that are now connected to the internet, collecting and sharing data. Thanks to cheap processors and wireless networks, it’s possible to turn anything, from a pill to an aeroplane, into part of the IoT. This adds a level of digital intelligence to devices that would be otherwise dumb, enabling them to communicate without a human being involved, and merging the digital and physical worlds. Read more
[ZDNET.COM]

OPINION: Bringing Your Internet of Things Infrastructure into the Digital Age. Most IoT projects are implemented in existing, brownfield environments with traditional legacy systems, requiring an incremental approach. The goal of these gradual integrations has been to optimize or automate processes, gain some efficiencies, and move onto the next low-hanging fruit. But, this approach will not work if businesses want to capture IoT’s true transformational value: the creation of new business models, new revenue streams, new products and new markets. Read more
[NETWORKWORLD.COM]