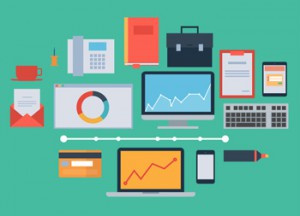 The Internet of Things (IoT), according to TechRepublic, is “a scenario in which objects, animals or people are provided with unique identifiers and the ability to transfer data over a network without requiring human-to-human or human-to-computer interaction.” In layman’s terms, IoT refers to the many devices that connect to the Internet.

Experts predict that by 2020, more than 50 billion objects—everything from built-in automobile sensors to health monitoring devices—will be part of the IoT. With so much data to manage, cybersecurity is a major concern, and Microsoft is ready to jump in.

In its recent blog post for government agencies, Microsoft outlines the following six-step approach to help cities design and implement strategies for security, privacy, and cybersecurity:

Microsoft: Ready For Cybersecurity in the IoT
Tagged on: Blue Mountain Data Systems    Council on Cybersecurity Critical Security Controls for Effective Cyber Defense    find out how to use Microsoft software for the Internet of Things (IoT)    how to build a risk-based approach to cybersecurity    how to develop adequate security measures for federal agency data    how to find federal government network security application developers    NIST Framework for Improving Critical Infrastructure Cybersecurity    Paul Vesely