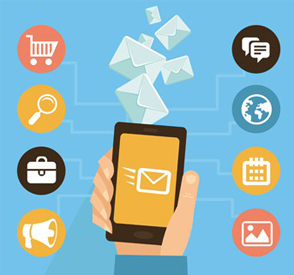 SURVEY: Companies Want Mobile Apps Without Spending Much on Development. The enterprises engaged in the communications space are increasingly recognizing the perks having a sophisticated mobile app platform, with 42 percent of companies expanding their spending on mobile app development, by an average of 31 per cent in 2016. However, the companies are averse to spending much on it, as a recent survey by Gartner revealed that the average proportion of the overall application development budget allocated to mobile is only 10 per cent, which is actually a 2 percent decline from last year. Read the rest
[CIOL.COM]

AMAZON: AWS Mobile App Development Tools Target Device Lifecycle. AWS is a major player in mobile app development with a variety of end-to-end tools. But it’s not the only option, as Google and other MBaaS providers seek their market share. Read more
[SEARCHAWS.TECHTARGET.COM]

FILEMAKER 15: How to Make Mobile Apps with FileMaker 15. The business world is full of inventories, catalogs and other lists that sit in spreadsheets or databases that would be more useful if you could take them out of the office. With FileMaker Go and FileMaker WebDirect, you can. Read the rest
[CIO.COM]