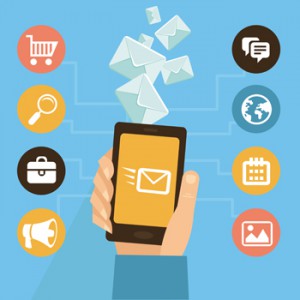 Failure to examine all requirements up front can spell impending doom when it comes to mobile app development. In addition, choosing the right language–native or HTML5– can make or break the project.

For many years experts have debated the pros and cons of each language, and it seems to come down to the developer’s preference. WhaTech Channel’s latest article, however, sheds some light on the matter, as follows:

The most definitive breakdown of app development activity comes from Vision Mobile’s State of the Developer Nation Q3 2014 report, based on a survey of over 10,000 app developers.

According to Vision Mobile: “HTML5 is the most widely used technology at 42 percent of developers with Java, the native language on Android, the next most popular at 38 percent. However, if we look at the primary languages developers use when creating their apps, Java takes the top spot at 26 percent with Objective-C for iOS in second at 17 percent.”

Furthermore, “C# remains popular with 14 percent of developers using it as their primary language, suggesting that Microsoft still has an opportunity to be a major force in mobile development, even if they don’t control the mobile OS layer.”

Another interesting option is Xamarin. Xamarin.iOS and Xamarin.Android make it possible to do native iOS, Android and Windows development in C#, with either Xamarin Studio or Visual Studio. Developers re-use their existing C# code, and share significant code across device platforms. The product has used to make apps for several well-known companies including 3M, Target, AT&T, and HP.

Native Versus HTML5: What’s Best for Mobile App Development?
Tagged on: Blue Mountain Data Systems    how to use Visual Studio to create mobile applications    is HTML5 better than native languages when developing mobile applications    Paul Vesely    Vision Mobile State of the Developer Nation Q3 2014 report    what is the mobile app language debate    what is the native language on Android    Xamarin.iOS and Xamarin.Android make it possible to do native iOS Android and Windows development in C#