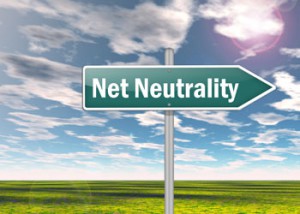 Water, telephone, cable, electricity, and gasoline are various things that we depend on daily. Without regulation of these services, scarcity becomes an issue, and people will not have what they need to survive.

With that said, The Internet has become a necessity rather than a luxury. Most of us depend on it for so many things and cannot imagine being without it. Appropriately named “The Super Highway,” going online gets us from point A to point B. As a result, we are able to work with others, conduct business, communicate with those near and far, shop until we drop, check out a movie, and keep up with current events all around the world—all without leaving the comforts of home.

Net neutrality has been a hot topic for many months now. The President’s four-point plan for a Free And Open Internet has sparked the debate and has people choosing sides. However, his request to the FCC is quite simple—no blocking, no throttling, no paid prioritization, and increased transparency. Some ISPs already observe these principles, but the thought of regulation has them balking at every turn.

In a recent Bloomberg View article, Katie Benner urges the FCC to “regulate the web as if life depended on it,” and she makes the following observations on the topic:

In the end, it’s all about equality. Thomas Jefferson’s Declaration of Independence purports that “all [humans] are created equal.” At some point, we have to realize that Internet usage is a essential part of daily, and we all deserve the same rights and access to The Super Highway.

For more information on net neutrality, consult the following links: