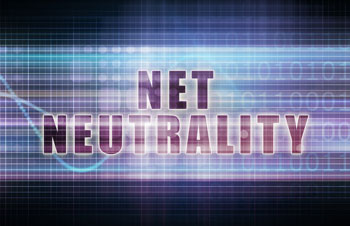 In February the FCC released its 400-page report and orders regarding Internet neutrality, with a vote of 3-2. The report has been met with some resistance as folks struggle to understand what an Open Internet really means.

The rules are fairly succinct, but their historical framework and legal basis take some time to explain. Essentially, they boil down to three basic no-nos for Internet service providers:

The order reclassifies broadband Internet access from an information service to a telecommunications service under Title II of the Communications Act, a reversal of a 13-year-old FCC decision. That is because the way consumers view ISPs has changed, according to a senior FCC official.

FCC’s latest action is expected to draw court challenges. There is also the question of FCC’s funding in Congress. The agency is seeking an $84 million funding increase, with 25 percent of that set to go to IT upgrades, including a move to the cloud, and a rewrite of legacy applications.

“The FCC is a child of Congress, and it is high time that we return to the good government practice of having the authorizing committee take a hard look at the agency before Congress hands over another appropriation,” Walden said in a March 9 speech at the American Enterprise Institute.

For more information regarding the fate of Open Internet, see the full FCW article and the FCC’s website.