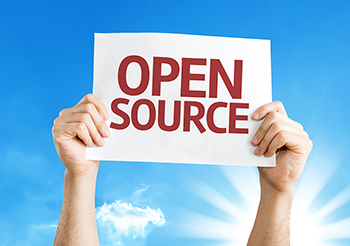 CLOUD: Google Releases Open Source Framework for Building “Enclaved” Apps for Cloud. Google is releasing an open source framework for the development of “confidential computing” cloud applications—a software development kit that will allow developers to build secure applications that run across multiple cloud architectures even in shared (and not necessarily trusted) environments. The framework, called Asylo, is currently experimental but could eventually make it possible for developers to address some of the most basic concerns about running applications in any multi-tenant environment. Read more
[ARSTECHNICA.COM]

LINUX: The GDPR Takes Open Source to the Next Level. It’s not every day that a new law comes into force that will have major implications for digital industries around the globe. It’s even rarer when a such law will also bolster free software’s underlying philosophy. But the European Union’s General Data Protection Regulation (GDPR), which will be enforced from May 25, 2018, does both of those things, making its appearance one of the most important events in the history of open source. Read more
[LINUXJOURNAL.COM]

HADOOP: Twitter Moves Its Part of Its Massive Hadoop Data Platform to Google Cloud. After early problems scaling its infrastructure nearly derailed the company before it got off the ground, Twitter wound up developing some world-class systems for keeping the service alive. It announced that it is moving a key part of that system off its own infrastructure and onto Google Cloud. Read more
[GEEKWIRE.COM]