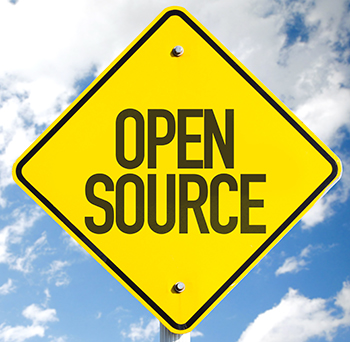 BUSINESS: Giving Open-Source Projects Life After a Developer’s Death. You’ve probably never heard of the late Jim Weirich or his software. But you’ve almost certainly used apps built on his work. Weirich helped create several key tools for Ruby, the popular programming language used to write the code for sites like Hulu, Kickstarter, Twitter, and countless others. His code was open source, meaning that anyone could use it and modify it. “He was a seminal member of the western world’s Ruby community,” says Justin Searls, a Ruby developer and co-founder of the software company Test Double. When Weirich died in 2014, Searls noticed that no one was maintaining one of Weirich’s software-testing tools. That meant there would be no one to approve changes if other developers submitted bug fixes, security patches, or other improvements. Any tests that relied on the tool would eventually fail, as the code became outdated and incompatible with newer tech. Read more
[WIRED.COM]

OPEN STACK: Next Mission – Bridging the Gaps Between Open Source Projects. OpenStack, the massive open source project that provides large businesses with the software tools to run their data center infrastructure, is now almost eight years old. While it had its ups and downs, hundreds of enterprises now use it to run their private clouds and there are even over two dozen public clouds that use the project’s tools. Users now include the likes of AT&T, Walmart, eBay, China Railway, GE Healthcare, SAP, Tencent and the Insurance Australia Group, to name just a few. Read the rest
[TECHCRUNCH.COM]

FEDERAL NEWS: How One Contractor Belittled the White House’s IT Modernization Strategy. The White House is busily reviewing more than 90 comments on its draft IT modernization strategy. The comments came from industry associations, specific companies and individuals, including federal employees, and most were pretty vanilla, offering basic support for the initiatives in the draft strategy and insights, both generally and specific to the organizations’ or vendors’ area of expertise. But none was more fascinating then the flames Oracle decided to throw about the entire IT modernization effort over the last nine years. Read more
[FEDERALNEWSRADIO.COM]