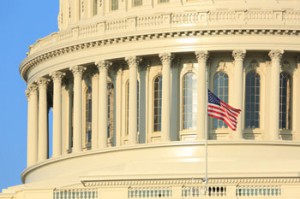 When it comes to software development, open source software is carving a niche in the industry. Experts can argue the pros and cons of open source versus proprietary software until they are blue in the face. In the end, it really just comes down to requirements and needs.

Often thought of as an alternative for organizations whose budgets are busting at the seams, others see open source as a way to exert developmental freedom without the constraints of proprietary options. The Open Source Initiative defines open source as “software that can be freely used, changed, and shared (in modified or unmodified form) by anyone. Open source software is made by many people, and distributed under licenses that comply with the Open Source Definition.”

In a FierceGovernmentIT article, Molly Bernhart Walker reports on a recent development that recommends that changes to the rules of the House of Representatives include the adoption of open source software.

In the past, use of open source has been discouraged due to two issues: (1) Members of Congress and their staff cannot receive gifts from the public, and (2) the general interpretation that “open” software is less secure. However, Citizens for Responsibility and Ethics in Washington, the Sunlight Foundation and the OpenGov Foundation clearly refute these issues. These groups believe that the open source code should be “considered as a gift to the public, just like solicitations on behalf of charitable organizations so long as it is available to the public on a widely-used code-sharing website and can serve a public good.”

David Schulman, Policy Director at the Citizens for Responsibility and Ethics in Washington, further explains, “…In the open source world, sharing code isn’t like giving someone $50. Open code is also available to anyone.”

In terms of the security issue, Schuman said the groups are pushing for more education on the subject. Currently, Congressional website developers are limited to what Schuman refers to as “really cruddy, really expensive” proprietary options. With the adoption of open source software, the hope is that creative horizons will be expanded. “This would allow congressional staff to innovate, to make use of what’s already available to everybody else, to share their code with the public and to drive down the prices,” said Schuman.

For more information on this topic, read the full FierceGovernementIT article. Also, the full report outlining the recommendations to Congress can be downloaded here.