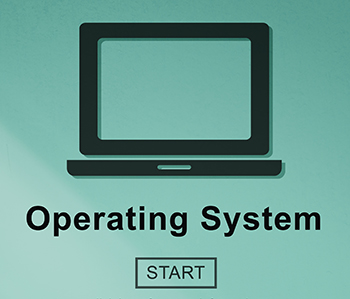 LINUX: 10 Best Password Managers For Linux Operating Systems. With so many online accounts on the internet, it can be tediously difficult to remember all your passwords. Many people write them down or store them in a document, but that’s plain insecure. There are many password managers for Windows and OS X, but here is a look at some of the best password managers for Linux. Read more
[FOSSBYTES.COM]

APPLE: Apple’s iOS 10 Adoption Rate Nears 20% In Just Two Days. Apple’s new mobile operating system iOS 10 has only been available for a couple of days, but it’s already catching on among iPhone and iPad owners. Apple’s iOS 10 is now running on 19.9% of all iOS devices, according to Mixpanel, an analytics company that claims to have generated the findings from more than 183 billion “records” on devices around the world. Meanwhile, iOS 9, the operating system that Apple launched last year that had been running on more than 90% of iOS devices, is now on 75% of Apple products currently in use. Read the rest
[FORTUNE.COM]

ANDROID: Android 7.0 Nougat Could Support Dual Boot Platforms. One of the more exciting – and yet not so much talked about – features of Android 7.0 Nougat is seamless updating. This concept was originally taken from Google’s own Chrome OS. It’s a way of streamlining how quickly the latest version of the Android OS, either a security patch, an quarterly interim update or a whole new version of the operating system is applied. Current devices perform system updates onto the /system partition, but need exclusive file access to this part of the device; this is why we see the little green Android on his back for several minutes during the update process. Seamless updates removes this delay because the Android device maintains two operating system partitions and applies operating system updates to the unused partition. Then, when it has completed, it asks the user to reboot and as a part of the boot process. Chrome OS’ seamless updating technology works by swapping partitions out during the reboot process. The result is that a version update takes at most twelve seconds of the user’s time. Find out more
[ANDROIDHEADLINES.COM]

COMPUTER SECURITY: Hacker-Proof Code Confirmed. Computer scientists can prove certain programs to be error-free with the same certainty that mathematicians prove theorems. The advances are being used to secure everything from unmanned drones to the internet. Read the rest
[QUANTAMAGAZINE.ORG]