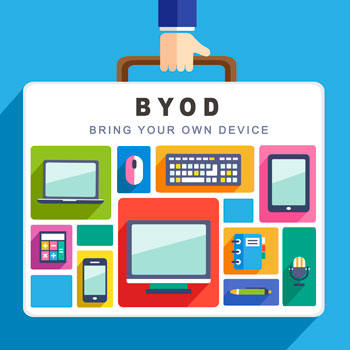 The Bring Your Own Device (BYOD) concept often carries a negative connotation and is instantly rejected by most organizations. Security of the enterprise is a major concern, and anything perceived to jeopardize that security is shot down.

Experts report that many organizations have initiated BYOD programs and later rescinded them for various reasons. Against all odds, however, The Pentagon has decided to give BYOD a try.

The Pentagon’s plan is outlined in a recent FedTech article. DoD CIO Terry Halvorsen provided the following details during a recent conference call:

“We’re going to put a pilot out this summer on bring your own device,” Halvorsen said. “It won’t be easy.

He equated the department’s adoption of BYOD to cloud computing, in that cloud must be evaluated to determine where it is the proper fit.

“I think one of the things that would be helpful is if people did some homework on bring your own device, where that’s working and where it’s not,” he added.

DOD headquarters staff will be the primary test subjects in the pilot program. Devices used in the pilot will have to meet the agency’s security standards, and DOD must be able to track security measures on them, but it isn’t clear what methods will be used. “How to measure that in meaningful ways is … driving me a little crazy,” he said.

The department has begun distributing both classified and unclassified devices to mobile users.

For unclassified operations, the department has provided dual-persona devices that allow employees to do official business as well as check personal email and use apps such as Pandora.

The biggest problem is, DOD can’t get devices into the hands of high-demand users fast enough, Halvorsen said. He wouldn’t specify who qualifies for these devices but said users include senior officials.

“It just makes an integrated work-life balance for people,” he said.

For more information on The Pentagon’s BYOD plan, see the following related articles: