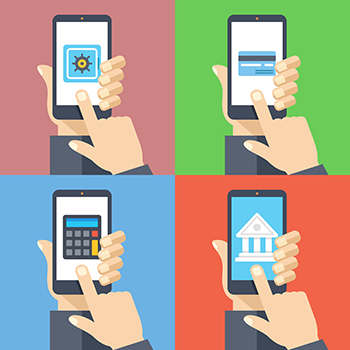 FACEBOOK: I Downloaded the Information That Facebook Has on Me. Yikes. When The New York Times lead consumer technology writer Brian X. Chen downloaded a copy of his Facebook data last week, he didn’t expect to see much. “My profile is sparse, I rarely post anything on the site, and I seldom click on ads. (I’m what some call a Facebook ‘lurker.’) But when I opened my file, it was like opening Pandora’s box.” Read more
[NYTIMES.COM]

FUTURE TENSE: There’s a New Bill to Regulate Facebook and Google’s Data Collection. Facebook may not be able to ride out its bad news cycle scot-free after all. On Tuesday, Sens. Amy Klobuchar, a Democrat from Minnesota, and John Kennedy, a Republican from Louisiana, released a sweeping new bill that, if passed, would impose strong new regulations on companies like Facebook and Google that collect data on users. Read more
[SLATE.COM]

MICROSOFT: Tech Support Scams Ramping Up, Microsoft Warns. Staying safe online is increasingly more difficult. Who you think is the friendly IT guy calling for information could be a criminal looking for some easy cash. Scams like these that rely on social engineering techniques are becoming more and more frequent, ZDNet reported. Microsoft said it received 153,000 reports in 2017 from customers who dealt with tech support scams. That’s a 24 percent increase from 2016. Such incidents happened in 183 countries, and around 15 percent of them involved the victim losing money—usually between $200 and $400—to the scammer. Read more
[NEXTGOV.COM]

EDTECH: What Happens to Student Data Privacy When Chinese Firms Acquire U.S. Edtech Companies? Between the creation of a social rating system and street cameras with facial recognition capabilities, technology reports coming out of China have raised serious concerns for privacy advocates. These concerns are only heightened as Chinese investors turn their attention to the United States education technology space acquiring companies with millions of public school users. Read more
[EDSURGE.COM]