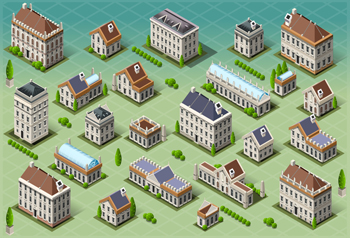 The average Google or Amazon search engine response comes back in a quarter of a second—faster than most of us can blink our eyes. Once one gets used to this kind of response, anything greater than that may be a problem.

The CIO for Washington State, Michael Cockrill, believes that citizens have the right to access as many government services and as much information as they like. Meeting such demand, however, requires government entities to provide citizens with instant gratification, much like the Google or Amazon search response.

“It’s really all about, how do you give your citizens as much of government as they need and want, but no more?” Cockrill said last week at Beyond the Beltway, in Northern Virginia. “The consumerization of IT, the trend of citizens expecting their government to act like Amazon and Google and Microsoft, is putting a huge amount of pressure on us to be able to respond to our customers’ needs.”

Innovation is a pillar of Cockrill’s approach to serving citizens better. The state is working on open data initiatives and agile methods for solving challenging issues.

In Michigan, much of the state’s strategic plan is focused on changing the workforce culture and realizing it’s about the people, not the programs, said Rodney Davenport, the state’s chief technology officer, who also spoke at the conference. Information technology plays a major role in fulfilling that vision.

For the past 18 months, Ohio has been expanding integrated eligibility projects to proactively inform citizens of services they qualify for and simplify the enrollment process, said Spencer Wood, the state’s deputy CIO and chief operations officer.

“Were trying to make sure that people are getting the services they need,” he said during the conference.

To simplify things, all health and human services agencies were collapsed under one cabinet, and they are now doing integrated eligibility. “You go to one place, you become eligible for everything,” Wood said. “It has worked out really well.”

Personalized Govt Equals Instant Gratification for Citizens
Tagged on: Blue Mountain Data Systems    CIO for Washington State Michael Cockrill    how do you give citizens as much of government as they need and want but no more    Michigan CTO Rodney Davenport believes when you are changing the workforce culture you should realize it is about the people not the programs    Paul Veseley    what is the average Google or Amazon search engine response