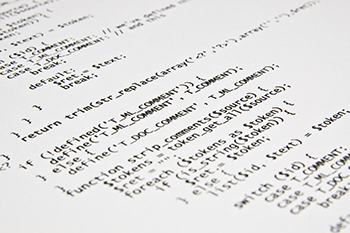 FYI: 10 Up-and-Coming Programming Languages Developers Should Get to Know. There are currently huge numbers of different programming languages in use by software developers, with most jobs requiring the more familiar skills such as Java, JavaScript, PHP and C#. However, as software demands evolve and grow, new and less widely-accepted languages are gaining in prominence, offering developers the right tool for certain jobs. Find out more
[TECHWORLD.COM]

JAVASCRIPT: WIRED Had a Potential Infosecurity Problem. Here’s What We Did About It. On February 26th, WIRED’s security reporter Andy Greenberg received an email from Sophia Tupolev, the head of communications at the security firm Beame.io, saying she’d found a security issue on WIRED.com. Tupolev’s company had discovered sensitive data in the source code on many pages on our site, including obfuscated, “hashed” passwords and email addresses for current and former WIRED writers. Here’s what WIRED did to solve the problem. Find out more
[WIRED.COM]

JAVA: Managing Both Acute and Chronic Web Application Security Issues. A new, high-severity vulnerability emerged in the Apache Struts 2 open-source framework used to build Java web applications. The flaw allows hackers to inject commands into remote web servers. Within hours, organizations around the world reported attacks exploiting CVE-2017-5638 while Struts 2 users scrambled to apply a patch from the Apache Foundation. What are the practical effects of these events, and what should government InfoSec leaders and practitioners do now? Find out more
[GCN.COM]