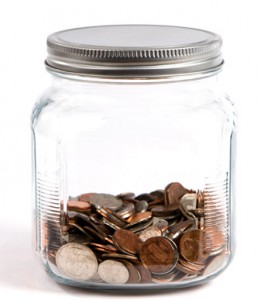 Several high profile security breaches made the headlines in 2014—Target, Home Depot, and Sony top the list. Most of us do not see the aftermath of these massive data breaches. Not only are companies like Target struggling to regain customer trust, the fallout and loss of revenue may take years to rebuild.

JPMorgan spends $250 million on computer security every year. However, other loopholes in their system made them vulnerable, nonetheless. According to experts, however, companies still believe such attacks will not happen to them, and that denial is reflected in their budgets.

Ponemon’s recent study, “2014: Year of the Mega Breach,” reminds executives to allocate additional funds to their security budgets as a result of recent times. DarkReading’s Sara Peter summaries results of the study as follows:

The report does not make it clear how much is being invested in new personnel. The majority of technology spending is going to endpoint security, intrusion detection systems, and security incident and event management (SIEM) systems.

“Businesses are clearly spending money to prevent cyberattacks, but data breaches still occur. There must be a balance between blocking threats and reducing the footprint of vulnerable, sensitive data,” said Todd Feinman, CEO of Identity Finder. “JP Morgan Chase spent over $250 million on cyber security last year, but still suffered from a significant data breach. The recent Sony cyberattack where millions of instances of Social Security numbers were found within hundreds of files is an unfortunate example of the damage that can occur when an attack gets through and organizations don’t properly store and classify sensitive information and don’t remove outdated or redundant data completely.”

For more information regarding data breaches and their effect on security budgets, read the full Dark Reading article. To download “2014: Year of the Mega Breach,” visit the Identity Finder website.

Security Budgets Are On the Rise
Tagged on: Blue Mountain Data Systems    how data breaches effect security budgets    how much should be invested in new cyber security personnel    how to establish an incident response teams    Paul Vesely    what high profile security breaches occurred in 2014    why executives allocate additional funds to their security budgets