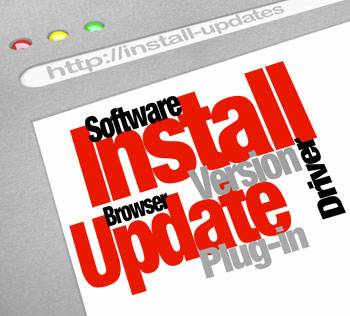 WINDOWS XP: Microsoft Releases New Windows XP Security Patches, Warns of State-Sponsored Cyberattacks. Microsoft issued a “highly unusual” patch for Windows XP last month to help prevent the spread of the massive WannaCry malware. At least 75,000 computers in 99 countries were affected by the malware which encrypts a computer and demands a $300 ransom before unlocking it. Microsoft stopped supporting Windows XP in April 2014, but the software giant is now taking the unprecedented move of including it in the company’s Patch Tuesday round of security updates. Read more
[THEVERGE.COM]

MICROSOFT OFFICE: Microsoft Releases 15 Office Patches for July, but Some June Bugs Still Stink. Microsoft has shipped a fix for the bugs introduced by last month’s patches to Outlook 2010. Dubbed KB 4011042, the fix appears to be a non-security patch that fixes bugs created by a security patch—a red flag for many advanced patchers. Microsoft released a “fix” that was supposed to take care of this group of bugs on June 27, 2017—KB 3015545—but quickly pulled the patch when it started crashing 32-bit versions of Outlook 2010. Thus, this week’s non-security update KB 4011042 is a fix for a bug in a bug fix for a botched security patch. Find out more
[COMPUTERWORLD.COM]

LINUX: Don’t Panic, but Linux’s Systemd Can Be Pwned Via an Evil DNS Query. Systemd, the Linux world’s favorite init monolith, can be potentially crashed or hijacked by malicious DNS servers. Patches are available to address the security flaw, and should be installed ASAP if you’re affected. Read more
[THEREGISTER.CO.UK]