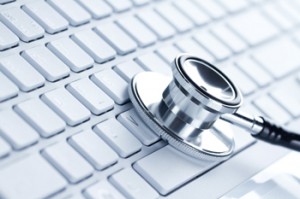 When one has an illness, finding the right combination of food, exercise and supplements becomes important in order to restore oneself to health. “To heal from the inside out is the key,” experts say, and this rings true for humans and computers alike.

Tech Target defines self-healing (in Information Technology) as “any device or system that has the ability to perceive that it is not operating correctly and–without human intervention—make the necessary adjustments to restore itself to normal operation.” Many times, the cost of servicing hardware and software may prove to be too expensive. Therefore, product developers are trying to build products that fix themselves.

In an effort to strengthen the government’s defenses against cybercrime and comply with a new Obama administration requirement, the Department of Homeland Security recently spent $6 billion on self-healing technology referred to as Continuous Diagnostics and Mitigation (CDM). CDM involves deploying sensors and human experts across the dot-gov domain to check for and reduce vulnerabilities at least every 72 hours. Agencies have a 2017 deadline to achieve continuous monitoring.

“We’ve talked about the need to go from static defenses,” such as firewalls, under so-called continuous monitoring, to “active cyber defenses — doing automated hardening, automated defense of our networks,” said Quade. “But I think there is one more step that we’re not really talking about and that’s automated regeneration, automated resiliency.”

Yet, “even with these automated defenses in place, bad things are still going to happen,” Quade said. Organizations need to be asking themselves: “What can you do to automatically regenerate to a minimally secure state, and be automatically resilient and get back to the operating position?”

Quade called automated resiliency “the next big thing,” but added, “I’m not optimistic that we’re getting anywhere close to that.” In the end, however, he conceded that continuous monitoring “is a very, very good thing, but you need to have the ability to act.”

For more information about the DHS initiative for self-healing technology, consult the following NextGov articles:

The Next Big Thing In The Fight Against Hackers: Self-Healing Computers

The Downside Of Not Exhausting A $6 Billion Cyber Contract