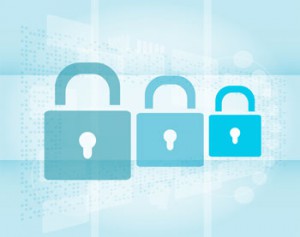 According to the survey of 2,000 American and UK workers, the average employee wastes $416 a year in company time trying to manage multiple passwords. For an organization with 500 staff, that’s a loss of more than $208,000 a year.

Password replacement initiatives are in the works and on the horizon, thanks to the National Strategy for Trusted Identities in Cyberspace (NSTIC). Until these initiatives are put into place, however, we are stuck with our old standby—the password. Or are we?

Michael Daniel, the White House cybersecurity coordinator, has other ideas: “Frankly, I would love to kill the password dead as a primary security method, because it’s terrible,” Daniel said.

Daniel explains further that he thinks selfies could be an easier and more secure alternative. A selfie is a self-portrait, typically a photograph that is posted online. The most common places for selfies are blogs, social networking sites, such as Facebook, and photo-sharing websites, such as Instagram.  “You could use the cameras on cell phones, which are now ubiquitous, so the selfies are used for something besides posting on Facebook,” he said.

While anyone who has ever tagged a photo on Facebook is aware of the growing prevalence of facial recognition technology, the government’s embrace of such innovation is likely much farther off than Daniel’s suggests.

At the beginning of the year the White House called for a review of facial recognition technology due to personal privacy concerns. Specifically lawmakers and consumer privacy groups have expressed worries that the technology could be used to track consumers without their knowledge.

Despite these concerns, the continuing improvement in the accuracy of facial recognition technology could very well make it the cybersecurity feature of the future.

For more information regarding selfies as passwords, consult the following articles: