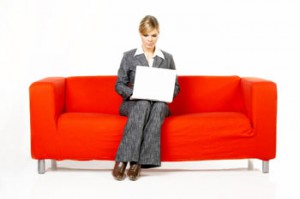 Is telework a viable option for your organization? That is the question. Experts debate the matter, and recent events have caused managers to question the integrity of those involved. However, many really want to concrete evidence regarding the practice to see if it could work for federal agencies.

The Harvard Business Review explored this very topic in a very interesting way. In collaboration with Ctrip — China’s largest travel agency — they conducted a nine-month experiment to answer the question. The experiment yielded some surprising results, as reported in FCW’s recent article on the matter:

In the nine-month experiment, which involved employees of the company’s call center, staff was divided into two groups — one that continued doing their regular job at the office, and another that did their regular work from home.

Turnover was 50 percent less for teleworkers than for those in the office. (Telework, of course, also economizes on office space, one of the most important original reasons this company had undertaken the experiment.)

There was an unexpected result, however: After the experiment was done, half the teleworkers asked to return to the office, and three-quarters of those who had stayed in the office turned down an offer to begin to telework. Why? People complained they were lonely when they worked at home! This suggests that perhaps telework should be a part-time thing (though there may be issues with duplicating office-assigned equipment some employees use).

Bottom line: Teleworking, under the right conditions, really works, and federal personnel managers and policymakers are urged to find more federal workplaces where it can be used.

For more information regarding this teleworking experiment, see the following articles: