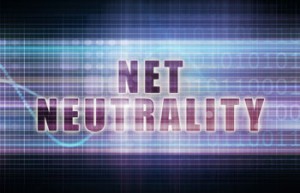 Controversy surrounding the Open Internet has been a hot topic for the FCC this year. President Obama, politicians, broadband operators, and the general public weighed in on the matter, prompting the FCC to table voting on new regulations until 2015.

As we await the FCC’s decision, folks continue to voice their opinions and concerns. In fact, the World Wide Web Inventor himself has a lot to say. At the recent LeWeb Conference in Paris, Tim Berners-Lee, spoke out freely on a number of internet-related topics, including net neutrality.

The Associated Press’ article on Mashable gives details as follows:

The computer scientist credited with inventing the World Wide Web says affordable access to the Internet should be recognized as a human right, as a report showed that billions of people still cannot go online and government surveillance and censorship are increasing.

Tim Berners-Lee said Thursday the Internet can help tackle inequality — but only if it comes with the rights to privacy and freedom of expression. The Briton, who launched the Web in 1990, made the remarks as he released his World Wide Web Foundation’s latest report tracking the Internet’s global impact.

The Web Index found that laws preventing mass online surveillance are weak or nonexistent in more than 84% of countries. It also said that almost 40% of surveyed countries were blocking sensitive online content to a “moderate or extreme degree,” and that half of all Web users live in countries that severely restrict their rights online.

Almost 4.4 billion people — most of them in developing countries — still have no access to the Internet, the Web Index said.

“It’s time to recognize the Internet as a basic human right,” Berners-Lee said. “That means guaranteeing affordable access for all, ensuring Internet packets are delivered without commercial or political discrimination, and protecting the privacy and freedom of Web users regardless of where they live.”

For more information on this topic, read the full Associated Press article on Mashable.