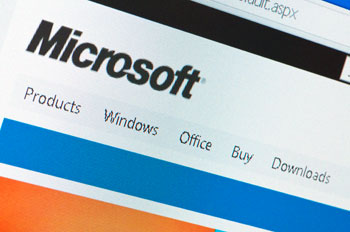 Website browser trends have changed dramatically over the past 13 years. Once touted at 83% usage in 2002, Internet Explorer has dropped to a mere 9.8% according to W3Schools’ latest statistics (November 2014), placing it smack in the middle of the browser rat race.

Some predict the death of Internet Explorer due to the overwhelming dominance of Google Chrome and Firefox. However, it is rumored that Microsoft has something up its sleeve with the anticipated release of the Windows 10 operating system later this year.

A number of online experts have reported rumors on the matter, with no real confirmation or denial from Microsoft. Following is a compilation of those details, in no particular order:

The Windows 10 desktop package will include two browser options—Internet Explorer 11 and a “lightweight” user interface, codenamed “Spartan.” The codename may be temporary; sources do not know what Microsoft plans to call this new browser when it debuts.

Available for both desktop and mobile versions of Windows 10, Spartan will have the “look and feel” of Chrome and Firefox and possibly support extensions and add-ons. In addition, Spartan will use Microsoft’s Chakra JavaScript engine and Microsoft’s Trident rendering engine (not WebKit, as previously reported).

The functionality of the two browsers is in question: some say that IE 11 and Spartan will be two separate applications, with Internet Explorer serving as an option for those who need backwards capability for older websites and apps. Others speculate that the trident engine code has been forked to include both browser options. In that instance, the functionality would be invisible to the user, and the browser (IE or Spartan) would come into play depending on the needs of the website being called.

In the end, it seems that Microsoft wants to leave legacy IE support behind so that it may have a fighting chance against Chrome and Firefox in the race to be “king of the hill” in the world of browsers. Whether or not their strategy includes a totally new browser or a forked option is yet to be seen.

The next set of Windows 10 features will be revealed on January 21st. Microsoft hopes to have enough Spartan functionality complete by that time to give a preview. If not, testers will have the opportunity to see Spartan in the near future.

For more information regarding this topic, see the following articles: